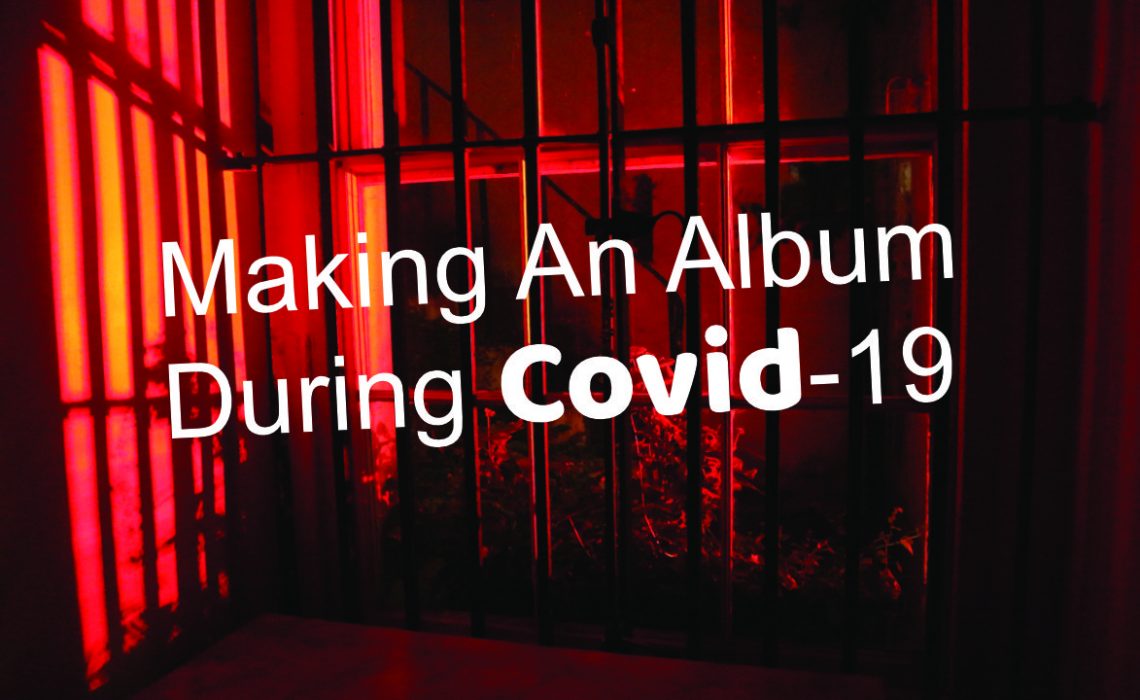 Making Of An Album During Covid -19

I wanted to share with you the joys and struggles of making an album during Covid-19  ‘Painting With An Open Heart’ by Hangover Square.

It’s taking a long time and albums if you want to do them well, take a long time….

I’ve been working with some extraordinary musicians this last year. Covid arrived and uprooted many plans for musicians, I was lucky it happened to come during the year I was taking time off to focus on creating new music. In the Spring of 2020 during Lockdown One, Chris and I like so many others were trapped at home. The turmoil and emotions it unleashed triggered the writing of ‘Painting with an open heart’. We had sketches of lyrics and music from Nov 2019, but the lockdown got us creating the album. Inspired by our immediate surroundings and concerns for the state of the world. It’s an album of love and concern for the world. Roots rock, sitting on a bed of lushness. Cinematic and sublime, with voices, slide guitar, piano, synth, bass and drums creating a sound-world full of comfort and sadness.

Lyric writing happened over several months, some songs taking a day others five months to complete. That’s the way it is with lyric writing (See my other blog on lyric writing for more info) The initial song writing was finished by late August 2020.

We both were loving what we were doing, but had no idea what anyone else would think. It’s always terrifying to show a new project to people. Shed Lunt of Piski films and my parents were the firs to hear the demos – and the reactions were incredible. Phew! with that encouragement we took the demos to Mat Sampson of Bink Bonk Studios in late August 2020.

Initially, Mat was just meant to mix the album but he loved it so much he wanted to produce it with us and play on it as well. Phew! again. Mat’s been our conscience ‘No, you need to do that bit again’ ‘ Have you thought about adding this?’ ‘ Maybe a bit of extra sexy tambourine there?’ ‘ That take’s great, you really don’t need to do it again’ etc… Not being in the studio means Mat hasn’t seen our stroppy musician faces going ‘I can’t do that better’ – when of course we could. We’ve been pushed in the a way no other work has pushed us and the results are so much better for it. We’ve grown an extraordinary bond over the last year, with some of the nuttiest emails, that have kept us all sane. It’s the collaboration we have been waiting for.

The other amazing outcome of doing the album remotely meant we could collaborate with Andy Edwards drummer (Robert Plant, IQ, Quill, Rain Band). Again it’s always important to have other musicians thoughts on what you’re doing and Andy has been an incredible support. His contributions not just drumming but with support for the release of the album and future gigs/festivals. His opinion meant a great deal to us with his experience and again he loves and believes in the album. His parts were recorded at Future Primate Studios by Matt Culpepper.

With Covid and all live music venues been shut, one of the perks has been the time we’ve been given. There’s still no real pressure to finish as there’s no touring at the moment, so we’re getting everything done as thoroughly as possible. On saying that we really do hope it will be released by May. Vinyl is taking 3-4 months to print at the moment and the album still isn’t finished or mixed.

The main struggle of working on a collaborative album during Covid is the lockdowns. Three times now we’ve meant’ to have week long studio sessions, that have all been cancelled. The problem this causes is when you are all in the studio together, a quick change of something takes 10 seconds. When you do it remotely it can take a week, especially if there are misunderstandings of what you meant. We’re feeling this at the moment as we are so close to finishing. We’re meant to be doing the final mix in the studio last week of February but thats looking less likely now. One way or another we’ll do it.

We love this album, feel blessed for the support we’ve had and cannot wait to share it with you. Victoria and Chris (Hangover Square)
Pre orders of the vinyl and CDs will be available soon from our website www.hangoversquare.net